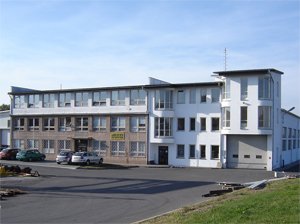 To satisfy demands of our customers at production market
To maintain the quality of our activities on high professional level
To centralize the best working people of the company Jetti a.s.in the sphere of development, design and manufacture
To make conditions for professional employees´ promotion and to make the best of employees´ ideas to consolidate Jetti a.s. position and its image

Jetti a.s. is concentrated on design, manufacture and erection of machines for surface finish and on atypical machinery production.

In November 1996 Jetti, a limited company turned to a joint stock company.It changed its name – it is Jetii a.s. The company Jetti a.s. is from November 1996 up to this time 2006.

Nowadays the company has built up the production areas consisting of four production halls, the own paint shop, the warehousing hall and the outdoor area. There are the cranes in all halls. The materials handling crane stands in the yard, too.

The company has got the own designer office rooms from the year 1995. The all technical documentation is drawn in 3D CAD technology.